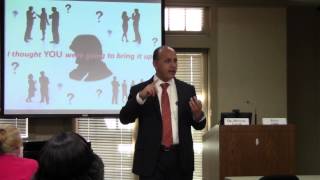 On April 16th, join Americans across the country to talk to others about your future healthcare decisions and complete your advance directive! The following video clip is from National Healthcare Decisions Day on April 16, 2014 at Hospice & Palliative CareCenter. Participants enjoyed getting to hear from great speakers, including Dr. Michael Lalor, the Chief Medical Officer at Hospice & Palliative CareCenter. He discussed the basics of advance care planning, advance directi 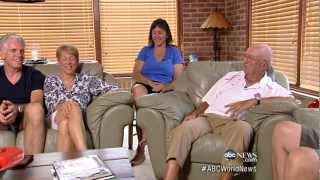 What would you do if your mother, father, spouse, or child were dying? Do you know what they would want? – their goals, wishes, and what makes life worth living? Have you shared your own wishes with your loved ones? Take a moment to ask yourself: what would I want if I could not speak for myself? Do my loved ones know my wishes? Carol Ford, a retired staff member at Hospice & Palliative CareCenter, saw the importance of asking these questions and helping people make and share

A Brief History Over the past 14 years, Hospice & Palliative CareCenter has led the way in advance care planning, collaborating with several healthcare organizations and attorneys throughout the Piedmont Triad region of NC. The mission of the collaborative has been to “encourage conversations about end of life care.” Working closely with other healthcare partners, the primary goals became the creation of a simplified advance directive for North Carolina and a regional initia